DO NOT WAIT ANY LONGER!
PROTECT YOURSELF AND YOUR LOVED ONES.
TAKE ADVANTAGE OF THIS EXCLUSIVE OFFER FOR A LIMITED TIME.
WITH THE PURCHASE OF 2 UNITS AND MORE!

SonicGuard Baby and Kid are ideal solutions against ticks, right from the baby’s very first days spent outdoors. For babies, toddlers, and kids between 0-10 years old.

SonicGuard Baby makes your time spent in nature worry-free: the device repels ticks, without the use of dangerous chemicals. Simply attach the device securely to your child’s clothing, and it will keep ticks away for up to 9-12 months after activation, allowing your whole family to enjoy nature without care or worry.

The device emits a series of 40 kHz ultrasonic pulses that are imperceptible to babies or adults, but interfere with the ability of ticks to orient themselves, thus keeping them away. Operating range: approximately 5 foot. The device is primarily intended for preventive purposes.

DIRECTIONS FOR USE: Remove the tab to activate the device. 4 red flashes will indicate that the device is powered on. You can verify its continued operation at any time by pressing the button once and confirming that the LED flashes in response. Due to its small size, keep it out of the hands of young children. Securely fasten the device to the child’s clothing (e.g. belt clip, shoelaces, blankets, stroller), making sure that the baby cannot remove and swallow it. Do not put the device in a pocket or bag, as doing so will obstruct the emitted ultrasonic waves.

WARNING: Use only with adult supervision. While not waterproof, the product is highly resistant to moisture (IP31). If the device gets wet, it should be dried immediately, after which it can be used again as normal. In areas heavily populated by ticks, 100% protection is not guaranteed. If you find any ticks on yourself or on your child, immediately remove them in the usual fashion. In case of a technical malfunction, we offer 6 months warranty for the unit.

In stock
$39.95
Add to Wish List Add to Compare
Email
Skip to the end of the images gallery 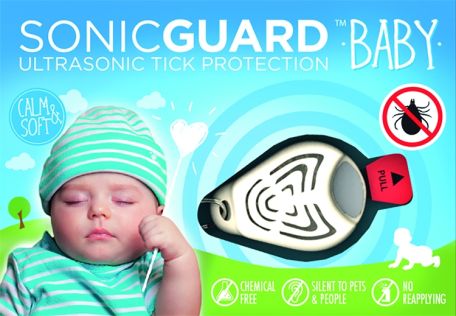 TICKLESS by SonicGuard is non-toxic, environmentally friendly and works
without releasing any chemicals or odors.

The TTICKLESS by SonicGuard device emits a series of ultrasonic pulses that are imperceptible to humans, pets or wildlife, but interfere with the ability of ticks and fleas to orient themselves. Environmentally friendly, contains no chemicals or fragrances, making it perfectly safe to use for everyone.

Ultrasonic wave is an acoustic (sound) energy in the form of waves having a frequency range above that of human hearing range.

The sounds humans can perceive have a frequency ranging from 20–20,000 hertz (Hz). While pets can hear ultrasound frequencies, 40 kHz is already over their hearing range.

EASY TO USE EASY TO LOVE

TICKLESS by SonicGuard was tested in 2012 by the Medical Microbiology and Infectious Diseases Laboratory, University of Camerino (ranked best Italian university by Guida Censis Repubblica 2011 and 2012). 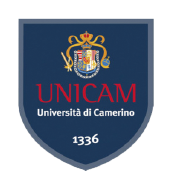 THE UNIVERSITY OF CAMERINO IN ITALY CONFIRMED THE EFFECTIVENESS OF THE TICKLESS DEVICE.